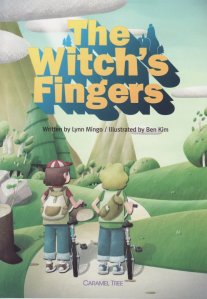 My latest books from JLS, a Korean ESL publisher

I haven’t received my author copies of these four books, yet, but they’re in the mail! I’ve written eleven books so far for JLS – their ESL curriculum is entirely based on story.  As you can see, I’m using a couple of pen names; Ada Pearson (my late  mother’s maiden name), and Lynn Mingo (my middle and maiden names).  The illustrators for the JLS books live in various parts of the world, and, of course, I’ve never met them, but so far I’ve been very  happy with their versions of my stories. Unfortunately, the JLS books aren’t available to the general public, as they’re used only in their ESL schools, both in North America and Korea.

I also received my IPPY medal today; a national silver medal in the multicultural young readers’ category of the US-based Independent Publishers awards  – it’s really heavy and comes with a lanyard so I can wear it around the house!!