Love my independent bookshop, ,THE BOX OF DELIGHTS, on Main Street in Wolfville, Nova Scotia

I had three book launches last month and a few bookstore signings; they were lots of fun, and I so appreciate people coming out to show their support when I have a new book (or two this year). As you’ll see in the short video clip, Tom Chapin really made my Lunenburg Launch (hosted by the Lunenburg Library now located in the old  Academy) special, and I got to sing along on the line from his tune “Family Tree” that I included in TALKING TO THE MOON – “You’re probably my cousin, and the whole world is our kin.” We started September with Don’s 60th birthday party/house concert. And that about sums up my summer! 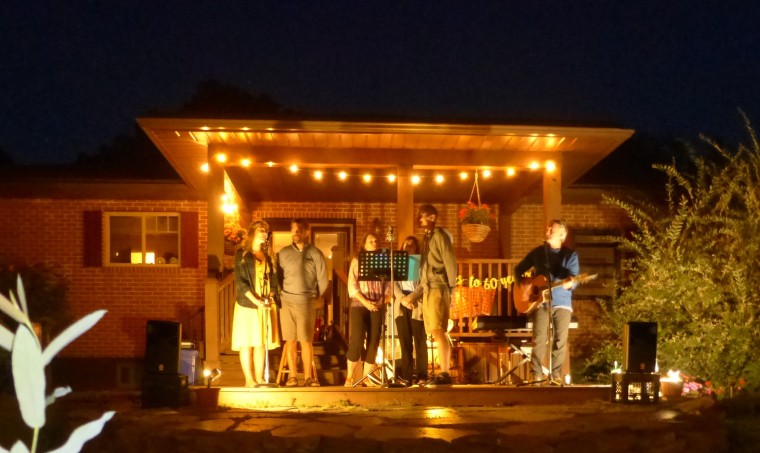 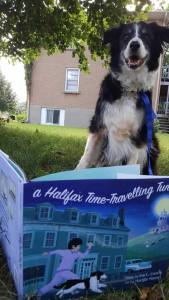 Shannon’s friend, Finn, was surprised to find himself in my new picture book! 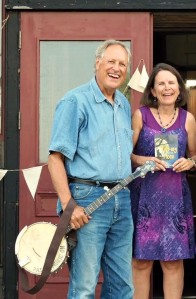 Tom Chapin, American singer/songwriter  who provided the soundtrack to my kids’s growing-up years) came and sang his song which I used in TALKING TO THE MOON – he’s awesome!

Owl cookies I made as there’s an owl in the novel – tasty, I must say!

Wish I was that entertaining… 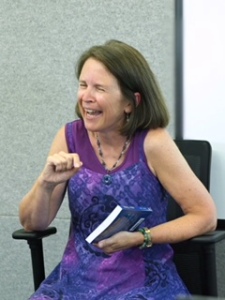 and we learned some American Sign  Language, thanks to  Tom.

← Well, those 40 years sure flew by! And Tom Chapin!
Two writers, two weeks in Provence →

Sunrise over Tatamagouche Bay. Have a pretty day🙂