“The brain is very good at protecting itself,” Rich said. “When you read, you’re constantly accessing your memories and your frame of reference: your experience.” In other words, what a child is able to envision is limited to the boundaries of his or her imagination. “But when you put an image or an idea into a movie, someone else has translated that.” And quite suddenly, the picture a child has created in their mind is augmented by the more vivid and sophisticated imaginations of savvy Hollywood filmmakers.” (from The Miami Herald) (or possibly diminished, in my opinion)

Came upon this quote from Dr. Michael Rich, professor of pediatrics at Harvard Medical School, which sums up what I was thinking after seeing The Hunger Games last night.  Shannon and I managed to get last-minute tickets after a fifth showing was added at the local theatre.

For me, the movie wasn’t nearly as good as the book. I enjoyed the slower character and relationship development in the book, and picturing the characters as thought out by author Suzanne Collins. Jennifer Lawrence is a perfect Katniss; the young man who played Peeta, not so much. I would have preferred the actor playing Gale to have been cast as Peeta.  It’s a well-done movie, but my personal preference is to create a story in my mind while I’m reading an author’s words, rather than having the film maker’s version shoved in my face.  Certain scenes in the movie were vastly different from the scenes I’d envisioned while reading the book, and I don’t like that.  Maybe it’s because I’m a control freak…If I were to re-read the book now, I’d think very differently about it, I’m sure.

I’m part-way through the second book, and so far I’m finding it a bit repetitive, but still so well-written.  Apparently 12 million copies of the first book have been sold, to date, a good indication lots of young (and older) readers will have been able to read the author’s story before seeing the film maker’s version. 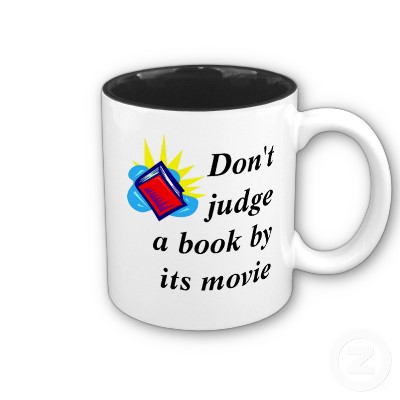 I saw one family there with a child who appeared to be about seven. Although the violence was downplayed, in favour of building suspense, this is not a story for a kid of that age. It is, after all, about kids forced to hunt down and kill other kids, in retribution for uprisings against the government that happened decades before these kids were born. I hope parents and teachers take the time to point out some of the social criticism in the movie, although I’m sure astute young readers will pick up on a lot of it without help.

I wonder how much money Collins will realize from her trilogy and its movies?  Hard to even imagine a book generating that much money!

2 thoughts on “Book or Movie? The Hunger Games”